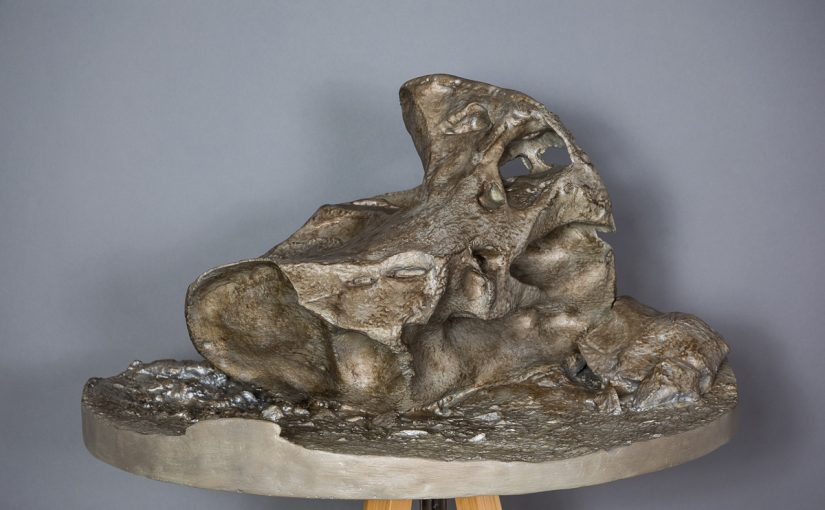 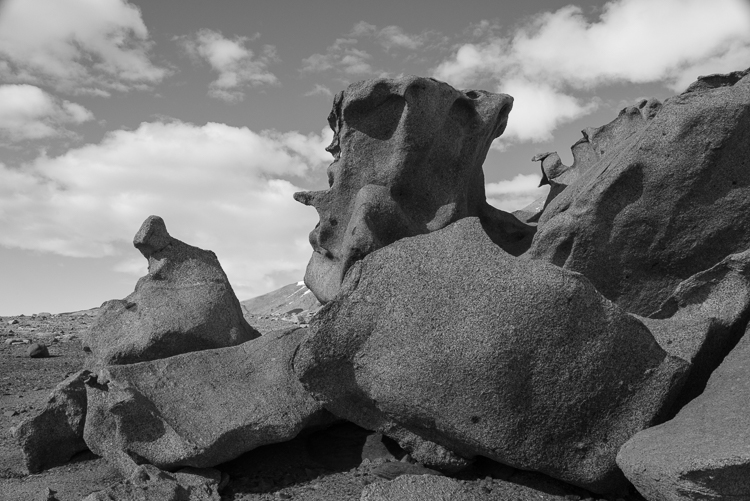 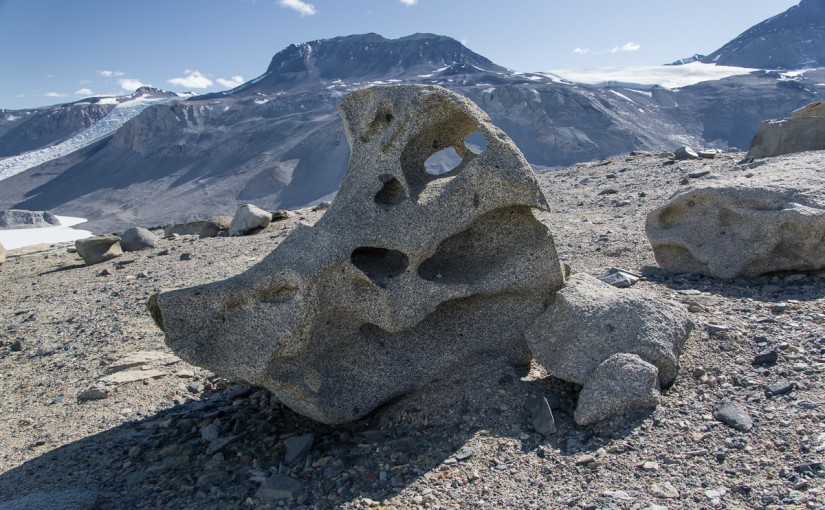 On Dec. 17th, with Forrest McCarthy as my guide, I hiked up some steep gravel inclines in the Antarctic Dry Valleys above Lake Bonney to elevated ridges and plateaus to see the ventifacts. These are large granite boulders that have been pummeled by fierce winds picking up grains of gravel — imagine a giant sandblaster over millenia.

I saw smaller ventifacts at Cape Royds. Those were volcanic stone hollowed out into curved shapes, sometimes pierced with holes and generally in the one- to three-cubic-feet range, and mostly on the smaller side of that range. But nothing prepared me for the ventifacts of the Dry Valleys. It was a steady climb for some time and then we came over a ridge where the ground was strewn with huge granite boulders curved, hollowed and pierced into strange shapes. I felt like I’d entered the world’s largest Surrealist sculpture garden.

The ventifacts obey a cardinal rule of good sculpture — that it should present different forms as you walk around it. Believe it or not, these are two different views of the same ventifact: