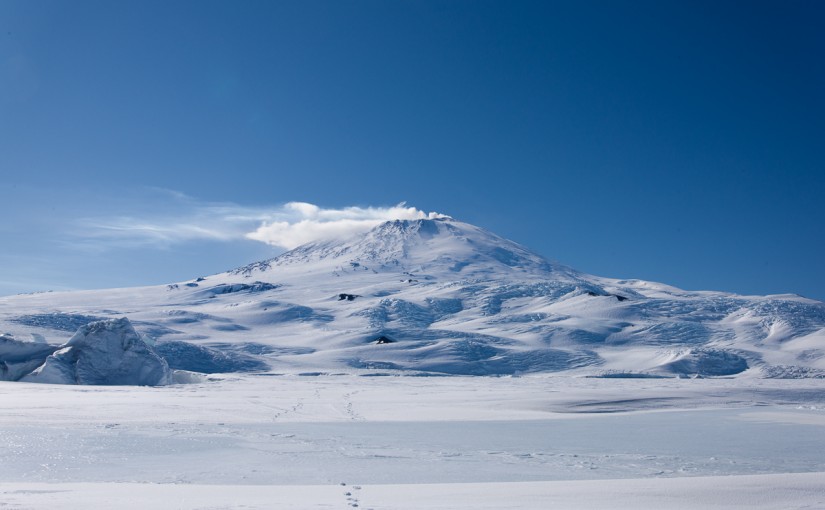 At almost 12,500 feet high, Mt. Erebus dominates the landscape of the western side of Ross Island, where I spent my time in Antarctica. It’s an active volcano, and not part of a range, so it stands apart from other mountains. Also, its western slope ends at the flat sea ice, even though its summit was about 50 miles away from New Harbor, which is on the opposite side of McMurdo Sound, it was a prominent feature of the horizon. I found myself photographing it from a variety of locations. The cap and banner cloud formation on top of Mt. Erebus featured in the last post is just one of them. I ended up with a small series of photos of its snow-covered slopes in different weather as well as different vantage points. The funny thing about Erebus is that it doesn’t look as big as it is. Distances are incredibly difficult to judge in Antarctica anyway. I kept trying to figure out what was messing with that perception. Part of it must be that there are no trees or other cues to help provide scale. And with Erebus, I think because the profile of it is rather spread out and horizontal rather than steep and vertical, you don’t realize how gigantic it is.

To get an idea where we’re talking about, here’s a Google Earth Map of McMurdo Sound: